People and companies at the service of common good

Beatrice Baldaccini, HR & Communication Director and President of the Valter Baldaccini Foundation attending the convention promoted by AIPEC (Businessmen Association for an Economy of Communion) in Turin on 25 November.

Beatrice Baldaccini talks with Fabio Storchi, CEO of Comer Industries SPA and Past President Federmeccanica, on the theme related to "Industry".

Il Sole 24 Ore0's journalist Francesco Antonioli, moderator of the event, asked the two entrepreneurs the basis on which is based an effective second-level bargaining and the why of support to AIPEC.

Beatrice Baldaccini replies: "At the basis of good second-level bargaining there must be trust and willingness to find common solutions that take into account the interests of all stakeholders in a constantly changing market environment. Instead - continues Beatrice Baldaccini - AIPEC support is due to our willingness to be a socially oriented company and to deal with other companies that share this vision with us, gives us the opportunity to exchange experiences and best practices ".

As Antonio Genevosi, Italian economist of the second half of the eighteenth century says: "It is the law of the universe that we can not make our happiness without making that of others". 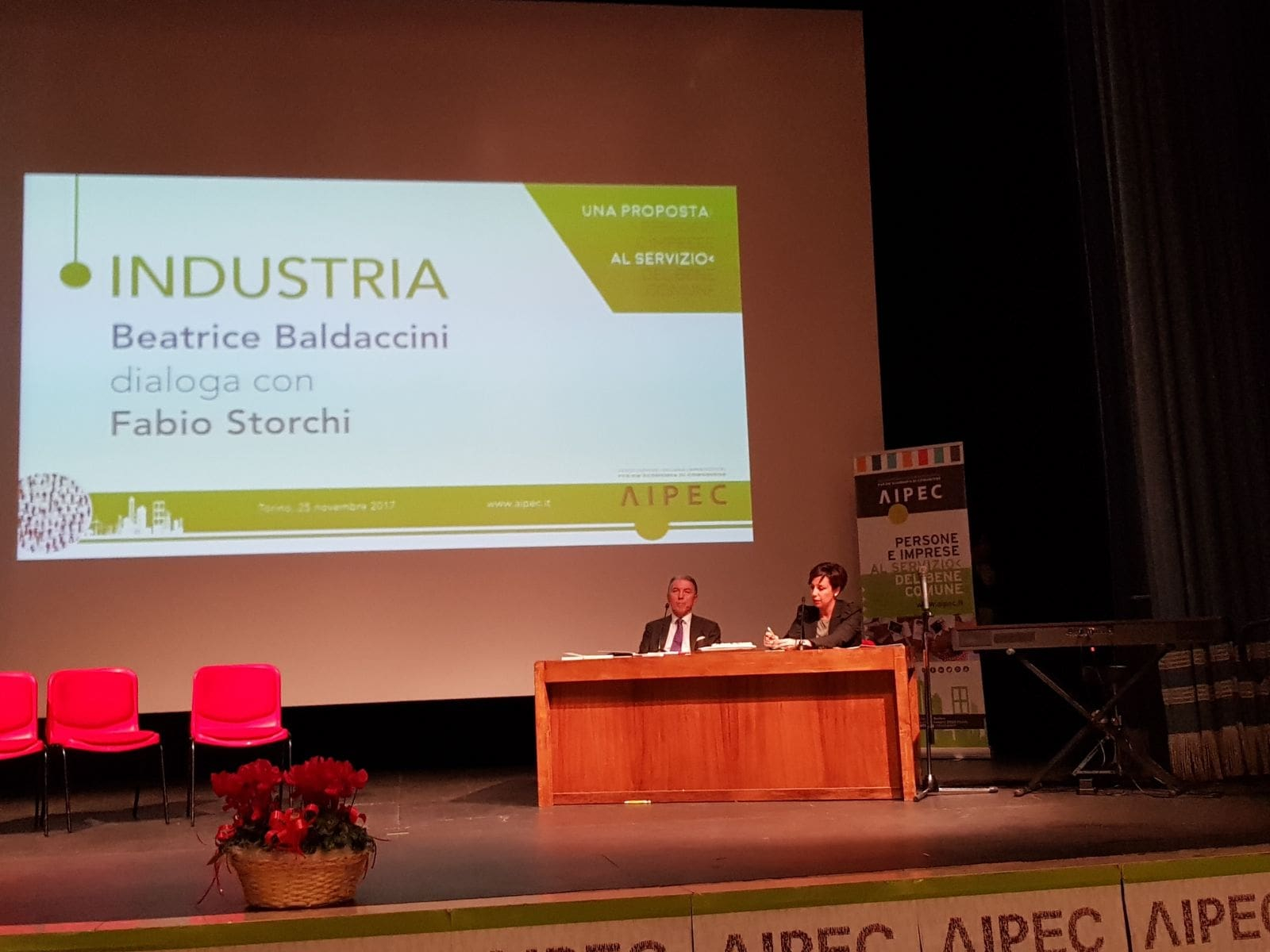